Catalyst was commissioned to validate an insurance claim and to confirm the reason of failure of the septic tank. The property was converted from a barn in the early 1970s. The septic tank was installed at the same time.

The inspection process started at the pre-tank chamber. Each element of the septic tank was then investigated to the discharge point of the ditch.

The pre-tank chamber is made of brick and has an invert level of c290mm. There is a lateral connection from a second building. The chamber is in a reasonably good condition, but the lateral connection is not constructed so that it meets the flow of the existing drain run. There were no signs of backing up in this chamber.

The septic tank operating water level was correct. There was no surface crust layer. The tank is constructed from GRP and the inlet was free from any solids.

The tanker was instructed to empty the tank. Once emptied, the engineer could see the condition of the tank.

The baffle was in place and there were no signs of it being displaced. The baffle is the type which retains the solids and allows the liquor to flow through port holes and then to be discharged to a local ditch.

On this type of baffle, there should be a plug to stop the solids passing through, but will allow the tank to be emptied and sludge removal. This plug was not present.

Over time, plugs can disintegrate. They are normally formed from concrete within a metal dish. They also have a handle so they can be removed during tank emptying.

There is a split in the bottom of the tank, beneath the inlet pipe.  However, on this occasion, there was no water ingress except that from the inlet pipe.

The split is noticeable from above ground. It is approximately 300mm in length. The red line indicates the location of the split. Although this is not clear, we can confirm its presence.

The discharge chamber is in very poor condition. The outlet pipe exiting the chamber is approximately 30mm-40mm higher than the channel itself.

The engineer was concerned about water passing through and travelling under this pipe. We requested the customer flush some of the toilets and turn on a tap. This would send some water through to check where the water was flowing to.

The water took some minutes to pass through the drains to the septic tank. However this is not unusual for older installs which normally have drains with minimal fall.

Some water did pass around the pipework before eventually flowing through the discharge pipe. The water did take further time to pass on to the last chamber prior to the ditch.

The last chamber is in very poor condition. There is a catch pit which is approximately 400mm x 400mm. This has standing water and the incoming pipe and discharge pipe were much higher.

The discharge pipe is to one side and not in line with the incoming pipe. This would indicate that works had been carried out to divert the water to the ditch at some point.

The baffle is in place, but will simply allow solids to pass through. The tank is not functioning as it should by its design due to the missing plug.

The damaged to the base of the tank appears to be caused by hydraulic pressure from water entering between the tank and the concrete backfill.

As we do not know how the tank was installed, and installation took place around 40 years ago, we cannot comment on whether it was installed correctly or rule out damage during the installation.

GRP was introduced during the 1970s and has become one of the leading materials to be used in tank construction. Over time, manufactures have strengthened these materials. However, when they were first used, they were strong but fragile.

Tanks can become deformed by hydraulic pressure if they are emptied soon after periods of heavy rain. This can happen even more than a week after ground has become saturated.

Water will be finding its way to lower ground levels. It is this passing water that increases the risk of damage. When the tank has been emptied, pressure is not equalised. This puts extra stress on the tank.

Most manufactures will recommend that, once emptied, tanks are filled with water as quick as possible to equal any ground water pressure and to prevent the tank being forced out of the ground.

Tanks can also suffer hydraulic pressure if the discharge liquor finds a path of least resistance near to the discharge point (outlet) of the tank.

So, where water cannot be moved away from the tank, this will pass between the tank and the backfill material. The engineer was concerned about the discharge chamber, and the fact the existing pipe was higher than the pipe channel.

This was holding water and could be a contributing factor. However, this problem is usually a factor where drainage fields or soakaways have failed.

Investigations confirmed the property is not in a high water table area, although the ground strata is the Lowestoft Formation.

It is not believed that the missing baffle plug and poor maintenance of the chambers has contributed to the split of the tank.

Without being able to prove the tank was damaged at installation, it is the opinion of the engineer that groundwater has caused the tank to split through hydrostatic pressure. It is not possible to say when this happened. The damage would be considered accidental.

Ensure the new system is not located under the canopy of any trees so there are no root systems within the immediate area of the new system. If possible, install root boards.

Most manufactures will give a structural warranty on their products for 20-25 years. However, it must be demonstrated that installations have been designed to allow the system to withstand interference from tree roots. Also, property owners will only get maximum warranty cover for structural defects that are not influenced by man-made factors.

The new system will need a pumped outlet. This should discharge to a seasonal soakaway prior to entering the ditch. The point of discharge in the ditch should have a concrete headwall and lower concrete slab to reduce erosion of the ditch.

The soakaway or seasonal soakaway should not be installed under any tree canopy to prevent problems caused by tree roots. A seasonal soakaway may benefit from the installation of root boards while giving lower infiltration to the strata.

As the ditch does not have free flowing water all year round, the Environment Agency (EA) will have to be consulted before installation. Under the new general binding rules, sewage treatment plants can only be discharged to a free-flowing water course. They cannot discharge to a dry ditch.

If a watercourse becomes dry through drought, a seasonal soakaway must be installed. Percolation tests may be required to satisfy the EA that a normal drainage field could not be installed. These test may show a drainage mound is a better option.

Connect to mains drainage. Under current EA regulations, a property owner does not have to connect to the mains foul water system if it is more than 30 metres from the sewage undertaker’s assets. With the use of a pump station, the foul water could be discharged direct to these assets where approval has been granted. This would be better solution in the long-term compared with sewage treatment plant, though more expensive to install.

Helping business and domestic customers every day of the year

Drumroll please – the ILC Spot the Difference Winners Are…

We asked visitors to our stand at the I Love Claims Home and Property... 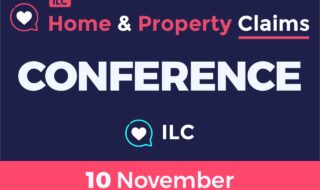 From call to completion

Our experienced team will help you every step of the way